Annville, PA (05/09/2020) — Nearly 430 students marked their academic success and achievements during the culmination of a week-long virtual celebration as part of Lebanon Valley College's 151st Commencement Saturday, May 9, 2020.

Dr. Robert Machado, chair of humanities and director of English, delivered the Commencement address. Machado encouraged students to view the COVID-19 pandemic as an opportunity to act boldly and creatively in their work as the next generation of leaders.

"I have confidence in my students and this graduating class … to lead the way and make a better world," Machado said. "There's real work to be done. You don't need me or any authority to get started."

Maddie Dietz '20, class president, followed with a creative speech that highlighted Dutchman resiliency, optimism, and ingenuity. Dietz encouraged her fellow graduates to "always remember the love and memories that we will always share in our hearts and in our minds."

Along with celebrating graduates, LVC announced the winners of several major annual awards.

Dr. Robert Carey, associate professor of biology, and director of the biochemistry & molecular biology program, presented the top student award, the H. Anthony Neidig Award, to Brandon Roy, Lebanon, Pa., who graduated with a near-perfect 4.0 GPA with a B.S. in biochemistry & molecular biology. Roy received numerous academic accolades during his four years at the College including acceptance into the Cornell University Summer Scholars Program, recognition as a Barry Goldwater Scholar, selection as a Fulbright Research Grant alternate to London, and distinction as an Honorable Mention in the National Science Foundation's Graduate Research Fellowship Program. Roy also excelled throughout campus. He served as a Study Pod leader for seven courses, First-Year Mentor, Resident Assistant, and leader of the Organ Guild. He volunteered for a College service trip to the Dominican Republic, participated with the LVC Brazilian student exchange program, and earned the Gold Service Award, the highest service honor bestowed by LVC.

Roy has accepted a full-scholarship to pursue his Ph.D. at Cornell University this fall.

Also during Commencement, Dr. Monica Cowart, provost and vice president of academic affairs, announced Dr. Michael Fink, chair and associate professor of physical therapy, as the recipient of this year's Vickroy Award, the top honor for a full-time faculty member. Numerous letters from students noted Fink's influence on their academic careers. One student wrote, "There is a difference between a teacher and an educator… Dr. Fink exemplifies the true definition of an educator."

Dr. Fink is a former U.S. Air Force physical therapist who is dual board-certified in orthopedics and sports, both of which are part of his private clinical practice areas away from campus. He is a national lecturer, published researcher, and winner of numerous physical therapy awards.

The second teaching award presented by Dr. Cowart during Commencement was the Nevelyn J. Knisley Award, annually bestowed on a part-time or adjunct member of the College faculty. Dr. Joseph R. Hribick, adjunct instructor in physical therapy and clinical director of Madden Physical Therapy, received this year's honor. He was acknowledged by students "for modeling every day how to be an exemplary practicing professional and leader in the field of physical therapy." As part of Commencement, Dr. Lewis E. Thayne, LVC president, conferred an honorary Doctor of Music (D.Mus.) to Stuart Malina, maestro of the Harrisburg Symphony Orchestra. Malina was honored for "his nearly two decades as music director and conductor of the Harrisburg Symphony Orchestra, for being a visionary proponent of the arts in Central Pennsylvania, and for his commitment to Lebanon Valley College, which includes serving as a Distinguished Lazin Resident in 2010 and receiving the College's Founders Medal in 2012."

Dr. Alan Walker, assistant professor of exercise science, received the Educator of the Year Award from Justin Lytle '20, Student Government president, on behalf of the student body. This honor is bestowed annually on a member of the full-time faculty who embodies the transformative power of the LVC experience, in and out of the classroom.

President Thayne has promised graduates and their families that the College will host an on-campus Commencement Ceremony for the Class of 2020 at a later time, when it is safe to hold large group events.

Online and graduate programs include an MBA with six concentrations and a general option offered on-campus or partially or fully online, a Master of STEM Education, an Integrative STEM Education Certificate, a Master in Music Education, and a Modern Band Certificate. In 2018 and 2019, the College was listed as #1 in Pennsylvania (and #1 and #4 overall, respectively) for graduate job placement by the career guidance site Zippia.com, using federal data. 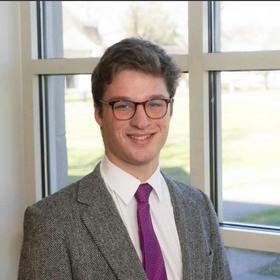 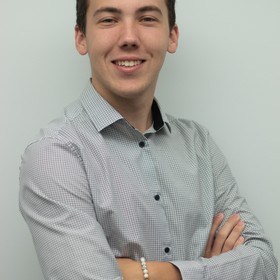