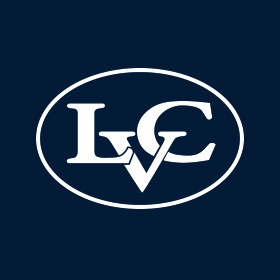 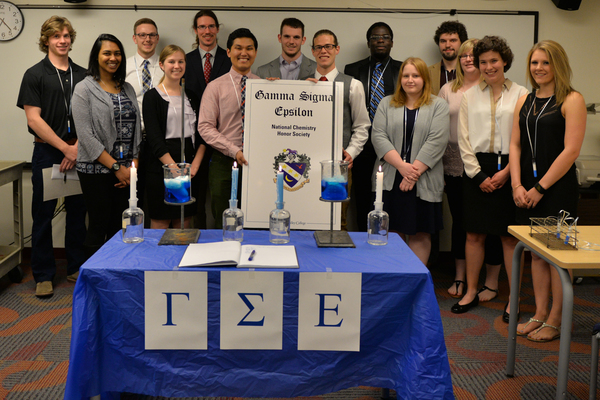 Honor Society - 2016 Apr 14
Lebanon Valley College Inducts Students Into Sigma Alpha Pi Honor Society
Lebanon Valley College inducted 141 students to its Sigma Alpha Pi honor society on April 10, 2016, as part of Inquiry 2016. Sigma Alpha Pi is the National Honor Society of Leadership and Success. The Society serves as a powerful force of good in the greater community by encouraging and organizing action to better the world. Students are selected for induction based upon their GPA and level of involvement. The Society is based on six main tenets for achieving success: finding a vision, setting goals, persevering, taking risks, pursuing your passion, and continuous improvement. 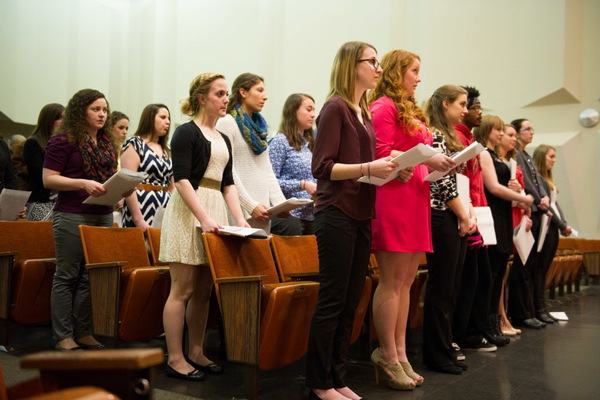 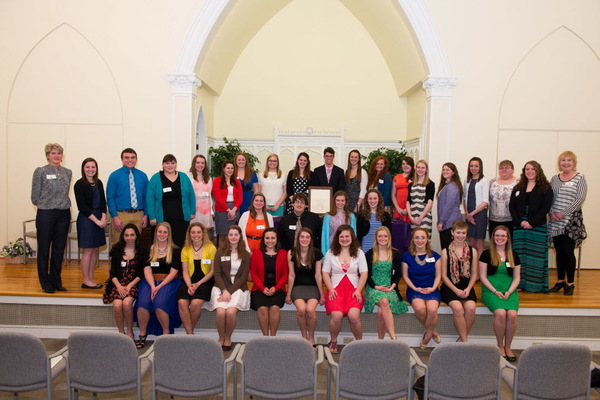 Beta Beta Beta Names Lebanon Valley College Inductees
Lebanon Valley College has named its inductees for Beta Beta Beta, the Biology Department honor society. Tri Beta is a society for students, particularly undergraduates, dedicated to improving the understanding and appreciation of biological study and extending boundaries of human knowledge through scientific research. Since its founding in 1922, more than 200,000 persons have been accepted into lifetime membership, and more than 553 chapters have been established throughout the United States and Puerto Rico. Local inductees include:

Honor Society - 2012 Apr 25
Psi Chi Names Lebanon Valley College Inductees
Lebanon Valley College has named its inductees for Psi Chi, the Psychology Department honor society. Psi Chi was founded in 1929 for the purposes of encouraging, stimulating, and maintaining excellence in scholarship, and advancing the science of psychology. Membership is open to graduate and undergraduate men and women who are making the study of psychology one of their major interests, and who meet the minimum qualifications. Students must have a College and departmental GPA of 3.20 or higher. Throughout the year, this group takes part in many fundraisers and community events. Further, they put on a speaker series related to psychology and a conference where both students and researchers present their original data. The LVC organization takes pride in sending students to the Eastern Psychological Conference held each spring, and encourages its members to become more involved in the greater society of psychology. Local inductees include: 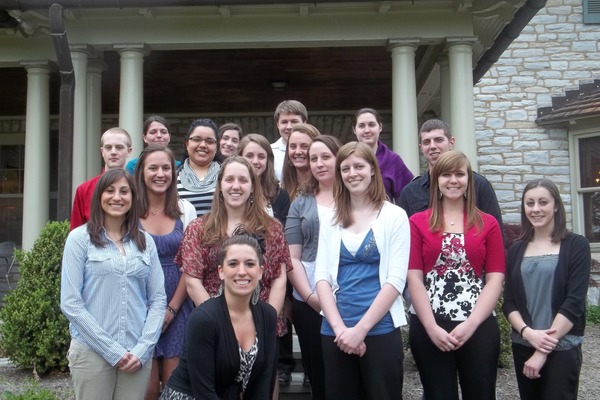